Everyone knows that cats and the internet go together like cheese and wine. And I love cats. I also love the Old Bailey Online. So it was only a matter of time before I ran a search for cats in the Old Bailey records. Well, there’s worse ways to procrastinate. 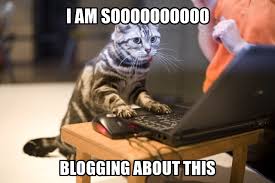 [Disclaimer: I am by no means a specialist in the history of animals, which is a scholarly field in its own right. This post is the result of spending a few hours playing around with the Old Bailey search facility, rather than any pretence at a rigorous study, and there are much better histories of animals, like Hannah Velten’s book on Beastly London.

] Anyway. A simple search for “cat*” brings up 903 records, dating from 1679 right through to 1913. Not all of these are actually about our feline friends. Some refer to names of places or people (eg Cat Alley, or as an abbreviation of Catherine) or to the cat-of-nine-tails, instrumental in the punishment of some offenders right into 1913. But our be-whiskered overlords/ladies are the interest here, and a brief look through some of the witness testimonies recorded by the court offer a fascinating glimpse into the lives of people and their pets. I looked primarily at the records from the long eighteenth century (roughly up to about 1820 in the records that came up). At the start of the period, there are a couple of cases in which cats are associated with claims about witchcraft or with the devil, but in most cases the cat was mentioned as part of evidence about the apprehension (or otherwise) of a crime. Jasper Pain’s cat led him to a horrific discovery one morning in 1735:

The Prisoner and her Husband lodged at my House in Queen Street in April last. On Sunday the thirty first of August, at a Quarter past eight in the Morning, I went down to give my Cat some Victuals, but she flew down into the Cellar, and I followed her, and hearing a Noise in the Vault, I thought she was fallen in there, for I once had a Cat that met with such a mischance. I got a Candle, and looking down I saw something wabbling about, which I thought was the Cat. But my Wife coming down for some Coals, the Cat came and fondled about her, at which she screamed out and said, It is not the Cat in the Vault – I got a piece of an Iron Hoop, which I tyed to a String and put it down, and by moving it about I discovered part of a Child…

Pain’s lodger Mary Dixon, understandably in distress and feeling weak and faint, admitted to killing her infant. In an earlier infanticide case, Elizabeth Catlin explained the evidence of her waters breaking by claiming the cat had ‘thrown down the Chamber-Pot’, using the well-known fondness of cats for knocking things over in order to postpone the discovery of the imminent birth. Rebecca Cook also related a disturbing experience:

on the 13th of December last I was taken ill, and went to-bed ; I had a cat that had a bell about her neck, she flew about the pillow and awaked me, she flew to the chair, then the table, then to the chimney, and then on the bed; I saw a little light; I said, cat, what ails you? she still flew about: the light was gone in a moment: presently I heard a root step about the room; there the prisoner was at my bed-side…

The prisoner, William Robertson, had allegedly proceeded to threaten and then rob Rebecca, but was acquitted after a witness claimed she was unreliable. In one awful case, Ann Walker was terrified of her husband, who she claimed had killed their cat with an axe after threatening her, but her pleas for help did not prevent William Walker from fatally injuring her a few days later. Less horrifically, cats feature in a number of burglary cases, with noises in the house attributed to the pet so that the burglar was undetected, or the occupants were

Cats: knocking stuff over for 200+ years.

delayed in apprehending them. Thomas Ashton’s cat, by stealing some meat from the dinner table and running off to hide with it, accidentally discovered a package of stolen goods in the Cellar. Christiana Smith bought a cat off Elizabeth Plunkett, then claimed Plunkett had robbed her after bringing the cat to the house and staying for dinner. Susannah Stewart’s alibi Ann Payne could not swear to her whereabouts all day, because although Susannah was staying with her, she went home during the day to see and feed her dog and cat. I was disturbed on a few occasions to see references to ‘cats meat’, and was relieved to find out that this was, as I had hoped, meat for the cat rather than of it. I was rather less comforted to find the unmistakeable references to cat skins, which were sold by fur dealers in the city. For the most part, though, eighteenth-century Londoners seem to have regarded their pet cats much as we do, with occasional frustration at breakages or noisy night-time activity, but mostly with care and affection. The references to cats’ meat, as well as the evidence of Susannah Stewart and Jasper Pain – both of whom were keenly aware of the pressing demands of their respective pet’s appetites – suggest attentive ownership, for example. Numerous witnesses report speaking to their cat as though it was a human companion, as Rebecca Cook did. The final case I want to mention is that of the unfortunate Edward Stafford, who seems not to have been in sound mind when he stabbed and killed Thomas Manwaring. Edward was troubled by hearing noises, particularly that of a spinning wheel from the room above, though his landlady testified that the room was unoccupied. Edward was also clearly very concerned about his cat, who he claimed was also maddened by the noise so that ‘he was forced to take her up twenty times a Day to stroke her’. To me, Edward’s care to reassure his cat shows the human side of a man who would otherwise perhaps only be known to us by the act of violence that brought him to court. The relationships between people and their pets revealed by the Old Bailey records remind us of the multifaceted nature of human identity, of the small details that build up the experience of a life, and thus help us to empathise with those who lived in a world that was in many ways very different to ours. Hopefully those future historians who uncover the cat memes and pet selfies of modern society will do the same for us, and perhaps judge us less harshly as a result.

[*My thanks to fellow Crazy Cat Lady Miriam Kimber for this title!]

4 thoughts on ““You can’t handle the floof!”: A look at cats in the court records.*”